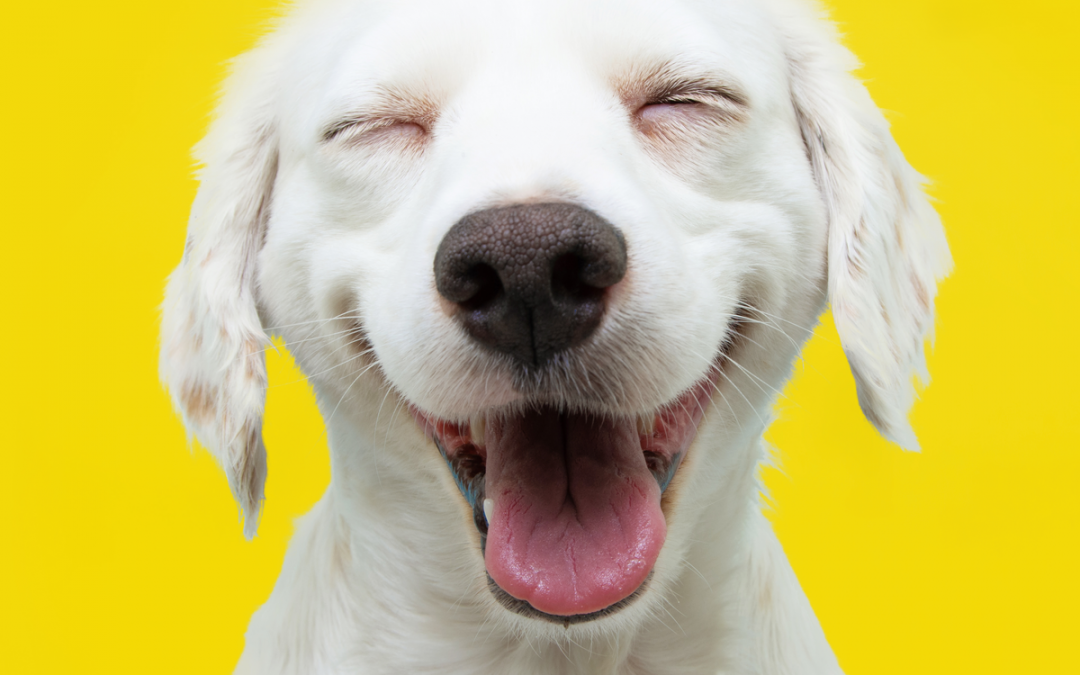 Unlike humans who use vocabulary to convey their messages, dogs rely on their body language to accomplish this task. A dog’s body language involves various distinct methods for communicating emotions and intentions. This communication is quite different from how humans communicate.

Reading canine body language
In short, inside the canine world, there is a unique non-verbal way of communication. They express their feelings and emotions by using their body parts. Dogs use their body posture, ears, eyes, mouth, and tail to express a wide range of emotions. Expressing and communicating with their bodies become a dog’s body language to communicate.

Happy dog
A happy dog usually has an overall relaxed body position and posture. They have a wagging tail with a open mouth and ears in their natural relaxed position. No part of their body will appear tense. A happy dog’s eyes are bright, clear, and shiny. They might bark in excitement. They often communicate their happy and playful mood by going into a play bow. Play bows are an obvious sign that your dog is happy.

Angry dog
Angry dogs often stand with their body down and weight shifted towards the back. They often have narrowed eyes and give hard stares. Their ears are up and hair raised. Aggressive dogs have up and stiff tails accompanied by stiff body posture and stiff movements. These dogs might growl as a warning symbol or have their teeth bared.

Worried dog
A worried dog usually has a lowered body posture and head position. Their ears are back and their tail is tucked between their rear legs. A stressed dog often tries to avoid eye contact and turn away their head from you. They often randomly begin yawning or lip-licking. This shows that the dog is attempting to self-soothe in stressful situations.

Scared dog
A scared dog looks as if it is avoiding something. They often randomly begin scratching or licking themselves. Scared dogs often yawn very frequently and may attempt to hide behind their person. A fearful dog often has pinned ears and its tail is usually tucked tightly up between its rear legs. Sometimes, they exhibit a tense and still body that isn’t interested in playing.

Final thoughts
Your dog’s body language signals are all part of a package and do not act alone. While dogs are not able to speak human language, they still communicate very efficiently.

By understanding dog body language, you’ll be able to identify problems and support your own fur buddy. It will help to develop a deeper bond of trust and respect between you and your dog.