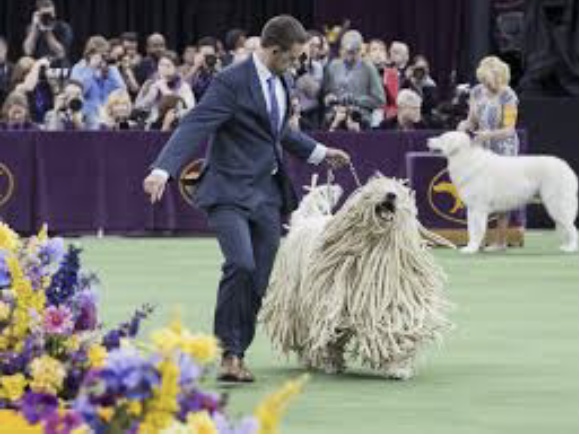 1n 1877, New York was all set to become the world’s greatest city, so a few sportsmen decided to hold a dog show in Manhattan. So, this Westminster Kennel Club Dog Show will be the 145th annual dog show.
Kennel Club Dog Show reflects the growth and success of New York City. When the show grows in popularity, many TV channels across the country started covering it and making it America’s Dog Show.
When Will, the Westminster Kennel Club Dog Show, Be Held in 2021?
The 145th annual Dog Show will be held at Lyndhurst, New York, on Saturday, June 12, and Sunday, June 13, 2021. Normally it is held in February. But, this year it was postponed due to Covid-19. You can see the live coverage on Fox Sports networks. Due to the pandemic, the government has put some restrictions, so the organization will ensure the health and safety of everyone who attends the show. Moreover, there will be limited spectators this time due to pandemic restrictions.
History of Westminster Kennel Club Dog Show
There was a long-gone hotel in Manhattan, and Westminster got its name from it. Sporting gentlemen used to meet in the bar to discuss their accomplishments and for drinking. Finally, they formed a club and kennel and bought a training area. Moreover, they hired a trainer for their dogs and kept their dogs there.
Unfortunately, they couldn’t agree on their club’s name, but they decided to name the club after their bar. In a meeting, the members decided to host a dog show to compare their dogs. The first annual Dog Show in New York held at Westminster Kennel Club in 1877 at Gilmore’s Garden. In that show, 1201 dogs participated.
The show was super hit and extended to four days. Initially, it was scheduled for three days. Moreover, the show gets coverage from Forest and Stream magazine.
This dog show has survived two World Wars, power outages, national depression, snowstorms, and tugboat strike. All these events threatened to shut down the city. It has become the second-longest continuously held event in the country. The second-longest event is Kentucky Derby, and it staged longer by only two years.
Westminster establishes the governing body for the sport names as American Kennel Club, and the role of the governing body was to establish rules and regulations. Moreover, they established a Board of Appeals to oversee these rules. Everything was done in seven years, and in 1884, the show becomes rich and colorful.
In the early years, some interesting names appeared in the catalogs. Smooth Fox Terrier won the Best in Show at Westminster award for winning the show for three consecutive years. Moreover, six other dogs won this award twice. The most recent was English Springer Spaniel, which won it in 1971 and 1972.

If you’re curious about Westminster Annual Dog Show, get yourself ready for it because it will be held on June 12 and June 13 in Lyndhurst. More interestingly, Fox will telecast this show for the first time in history.